Home » What Does WBY Mean On Snapchat?

What does WBY mean on Snapchat is a very common question among Snapchatters, especially those who have joined recently. Read the full article to understand the WBY meaning and usage with examples.

With the inception of the Internet, soon internet slang also gained popularity for some words predating the internet. And it reaches its peak when social media blends into our life. Internet slang, popular with many other terminologies like cyber slang, internet shorthand, and chatspeak, can be increasingly seen in chat rooms, social networking sites, and instant messaging platforms.

Although it is majorly used for informal texting and chatting, nowadays some formal channels are also becoming a part of it. Today, we are going to explain one such very popular slang, and that is WBY. So, if you are also scratching your head and want to know what does WBY mean on Snapchat, you are absolutely at the right place.

WBY Meaning is ‘What About You. Now you might be thinking that it should be WAY but actually, it is written as What ’bout You and so the acronym is WBY. The phrase ‘What About You’ can be taken as the synonym for asking ‘How Are You’. Often Snapchatters also make use of WBY for asking the opinion of their friend on any given topic, subject, discussion, or scenario. 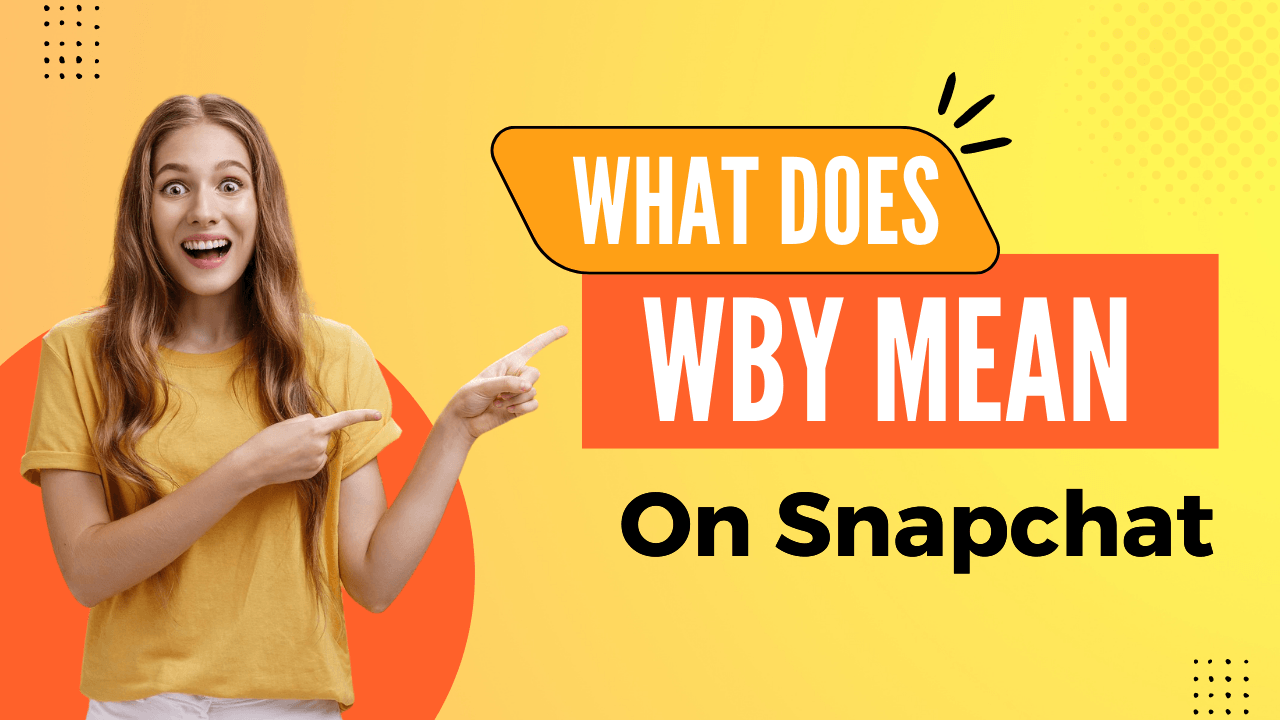 Some people also use WBY to reply to the question ‘How Are You? When does someone ask you how are you? You can say your well being and instead of copying and pasting the same question, you may simply write WBY. You may check out the WBY examples scenario 2 below for this.

Besides the above, WBY can also be used for seeking suggestions or opinions on some ongoing discussions. These are the common interpretations of this internet slang on all the popular social networks like Facebook, Twitter, Instagram, and Snapchat.

Social media is an online world where it doesn’t matter who and what you are in real life. It is all about gaining attention with your social and popular activities. It is therefore very important that you should know the usage of ever-trending internet slang. One such is WBY. Here we are explaining the usage of WBY to fetch Snapchatters’ attention.

To stay active on Snapchat, you can’t be a single player in the game. You need to give equal attention to the person you are hanging out with. It is the common rule that you should be a good listener to be a good speaker, following that you need to involve your friends and family in the public posts and make it even bigger to grab everyone’s Like and Love.

WBY is a very famous hashtag that can be added to public posts or surveys to seek the opinion of the public at large. Using the WBY hashtag, one can run campaigns and surveys to find out what other people think about any particular subject and to reach and decide conclusions. Plus, this also highlights the power of social media. We have given an example of this in the next section. Do read.

We can understand that knowing just the meaning is not enough, you need to know some WBY Examples so that you make use of it spot on. So here we are trying to explain the best of WBY usage that one can quote in chatting, texting, and messaging.

This is the scenario when two friends are talking about last night’s fun at the party. We are using this situation to explain the suitable use of the slang WBY.

John – Hey! Alex, wasn’t it an awesome party last night? I drank as if there is no tomorrow. WBY?

Alex – Bro! You’re right but I’m too tired to even wake up and have a coffee.

In this scenario, two friends are chatting for a long time after they accidentally bump into each other on some social website. Observe how WBY is used here.

Jones: Hello Hannah, I saw your profile on my Instagram. It has been a long time, no see.

Now consider this scenario where the topic of discussion is empowering women in businesses. See the conversation and note down the use of WBY.

Michael: Business is not a field for women. It needs a brain, LOL. WBY William.

William: Well, I think lil different from you Michael. Even women can do wonders once they decide to trade.

In this part of the conversation between Michael and William, Michael invited their opinion of William after he told him to use the slang WBY.

As stated above, WBY is used in public posts and surveys where you can tag your friends and family to see a larger view on any particular topic or subject. For example,

A Snapchatter has posted a snap with #WBY and asked “I believe, men should also learn the art of babysitting” #WBY

So here he is asking for the opinion of all his Snapchat friends added to his profile to get the idea of whether people agree with him or not. And then draw a meaningful conclusion out of it.

Meanings of WBY Other Than Social Media

The internet has become the part and parcel of our life and so is social media. WBY is a popular slang and has multiple meanings and contexts to use in. We have tried to explain all the relevant and popularly used WBY meanings, Usage, and WBY examples in this piece of information. Besides its social context, there are several other meanings of WBY which we also collected here. We are sure now that you know the meaning and usage of WBY, you will surely mark your presence on social media with a bang.

What Does HRU Mean On Snapchat!

What Does WTW Mean On Snapchat? [Meaning, Usage, and Examples]