Undoubtedly, Final Fantasy Tactics is a classic game and is the most recognized one as well. This spin-off, released in 1997 exclusively for PS1, turned out to be quite a success, but sadly, it was unavailable to users of all platforms.

Let’s be honest, and accept that we all loved Final Fantasy Tactics at one point in our lives and maybe we still do. But that doesn’t change the fact that at another point we got bored of it. Thus, games like final fantasy tactics came into play.

If you’ve always wanted to play a game similar to FF Tactics, but for PC or PS4, then you’ve come to the right place. The final fantasy tactics alternative games here feature the very best from the Japanese RPG genre and offer a mixture of turn-based action combat and real-time experiences.

Being one of the best games like final fantasy tactics, Fell Seal narrates the theme of the game as a fantasy steampunk world ruled by a group known as the Immortal Council. Besides, there are eternal rulers who entrust mortal officers of justice called Arbiters. They watch over the lands and protect their citizens from danger. 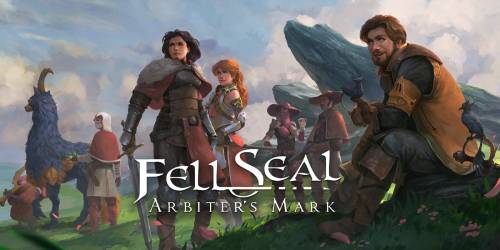 The best part about the game is that there are 20 different classes where the skills and abilities keep unlocking as you proceed with the game. Fell Seal doesn’t use a traditional permadeath system. Instead, they let the characters rest after falling into battle.

In the game, you play the role of Kyrie, an agent of the Arbiters who begins enlisting other characters to join their cause as they set out to uncover the corrupt practices behind the Immortal Council’s authority.

Unlike other games, it has a story, with real-like troops and lands that ensure a top-notch gaming experience. Besides the encounters offered by the game, there are many interesting features to explore and learn.

Ideal for both Windows and iOS, Sword Legacy: Omen is much like the final fantasy tactics alternative games but offers a lot more depth in terms of minute-to-minute combat. It takes the players on a reimagining of the tale of King Arthur from the perspective of Uther, an unforgiving knight on a quest to find the fabled Excalibur sword and rescue his kidnapped lover. With a great storyline, the game gives you the experience of a historical soldier, off to a quest, hoarding great achievements. Companions like the eldritch sorcerer Merlin and a band of misfit companions will set off with you during your quests and face battles and hurdles on the way. How you overcome the hurdles and win your battle, is quite an exciting plot to experience.

However, the battles can be quite demanding and see you facing off against mobs of plague-stricken enemies and corrupted knights who can easily deplete your party’s willpower and leave them in a state of panic.

If you prefer aesthetic elements even in games, then this one can be the ideal one for you. It is a tactical RPG with a distinct 2D papercraft aesthetic that makes characters and scenery come to life. Though the theme of the game is much different than FFT, there are graphics that have been designed just like FFT. Combat is focused on using teamwork and positioning in tandem with characters’ special abilities and objects in the environment. It opens the scopes for many skilled players to avail themselves of more techniques such as flanking and walling to win over the opponent.

The best part about the game is that the party you’re leading keeps changing from time to time. However, the heroes keep changing and evolving over time as they grow older.

Being extremely nostalgic, the game is as exciting as it sounds. The tactical turn-based RPG crossover game includes bright and colorful aesthetics of the Mario universe and wacky Rabbids. Besides the top-notch gaming experience, there are also loads of humor that one can hardly afford to miss.

It also features local co-op play with a friend, which is rarely possible for games in this genre. The charm and style of the battle are quite unique too, especially for the players with modern consoles.

Are you a fan of science fiction? Then you are probably aware of the amazing game named Front Mission Franchise. In this game, the players take control of pilots that are fighting battles in large bipedal mechs. Taking place during the 21st and 22nd centuries, the series revolves around military conflicts and political tension between powerful supranational unions and their member states. Though it depicts much of a similar genre to Final Fantasy Tactics, the innovative game is much more modern and futuristic in its approach. The players who hate shifting to another game, and miss FFT way too much, would find quite a lot of similarity between these two. The game has to offer fast-paced action and hi-tech graphics innovation that brings the whole experience to life.

This game is timeless and designed with special tech moves and 50 different types of combos that can be used between two and three characters. The RPG classic is an epic quest to save the planet’s future with hours of enthralling adventure. The theme of the game is of different eras – the present, the middle ages, the future, prehistory, and ancient times. Thus, undoubtedly, the quests are quite interesting. The game narrates the story of a young girl named Marle and young Crono. And, Lucca, her life partner is up to a Telepod exhibition of the latest invention.  This game is timeless and designed with special tech moves and 50 different types of combos that can be used between two and three characters.

Consequently, you have to go on a journey to different eras: the present, the middle ages, the future, prehistory, and ancient times. You need to conquer the dimensional vortex dungeon and the lost sanctum dungeon both looking mysterious and forgotten with a long-lost secret to being revealed.

The Secret Of Mana has a progressive plot, innovative real-time battle systems, and gorgeously rendered gameplay. The story is all about Randi and his two companions, Popoi and Primm, who set out on an adventure all over the world. The game’s story is all about Randi and his two companions, Popoi and Primm, who set out on an adventure all over the world. The landmark action RPG has each turn laced with its own battle and a great experience. As you journey on the quest, you encounter the mystical power of mana and then battle the empire for this power.

The best part about the game is that no matter what your experience level is and from what level you belong – there’s always something for everyone. This is one of the games that probably supersede the final fantasy series.

The classic retro RPG game is something that you do not get to experience then and now. The game’s controls are designed to work perfectly with the vertical layout of any modern mobile smartphone. It also facilitates a one-and-two-handed play on the movement button. This RPG classic has won the heart of two generations with its fantastic gameplay. You are given the role of the legendary hero Erdrick. You need to go on an epic journey through the historic realm of Alefgard, tackling fearsome foes and perplexing puzzles on the way to the dreadful dragonlord’s lair.

With that, we have come to an end of the best final fantasy tactics alternatives. We hope that the alternatives we suggested give you a clear idea of what games to move on to once you’re done with FFT.