C++ is a very powerful, excellent, and flexible object-oriented programming language that offers generic and modern programming features that allow a programmer develop large-scale applications such as search engines, video games, and others. When working on a big project as a C++ programmer, it becomes inevitable that you work with an efficient IDE that will make your job easier and faster because writing codes on the CUI editor seems cumbersome. Sometimes, you may find it difficult to pick the best IDE out of the tons of IDEs available in the programming world. In this blog post, I am going to talk about a few good IDEs for C++ but let me first tell you what actually an IDE is?

What is an IDE?

Here we are talking about C++ which default code writing editor is a CUI in which you have to write everything, but when you use an IDE, you might see suggestions for functions while typing codes that make your work faster as many times you just select from the suggestions. Moreover, they don’t suggest you logic; they just suggest some inbuilt functions from C++ libraries which you are typing. It understands and shows suggestions so that you can select the one that you wanted to type.

Netbeans is one of the most popular and powerful IDE for C++ programmer. It is an open-source and free cross-platform IDE for C++ and a wide range of other programming languages. Netbeans is extensible with the integration of powerful plugins that offer additional features that will enhance the built-in features of one of the best IDE for C++. Some of the outstanding features of Netbeans are:

If you work as an independent programmer, the Express edition of this IDE is okay for you. It is simple and free. On the other hand, if you are a member of a team of programmers, you need the Pro version. Of course, the Pro version is not free. You can also check the IDE out whenever you need the best C++ IDE for MAC too.

The list of the best IDE for C++ will be incomplete without the mention of Eclipse CDT. Eclipse is a cross-platform and open-source IDE for C++ programmers. It boasts a great GUI that supports full drag & drop functionality. The goal is to make it easy for a programmer to arrange the interface elements without issues. Eclipse CDT is based on the Eclipse platform and offers a full C++ IDE with these features:

If you need a fast, free, cross-platform, and lightweight IDE, Geany IDE is the best choice. While working with Geany IDE, you can work independently of KDE and GNOME that are usually used when working on Linux desktops. This IDE is free and lightweight. Its amazing features book a place for it among the best IDE for C++ developers. 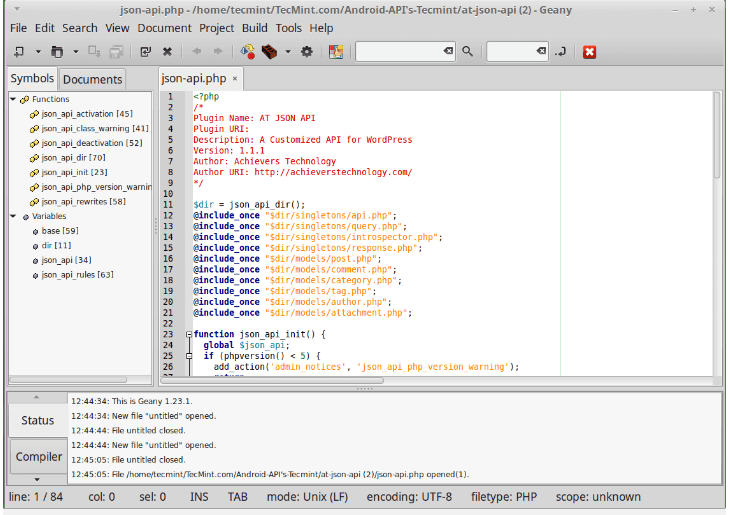 CLion is one of the most powerful IDEs for experienced programmers. It is also cross-platform and deserves a place among the best IDE for C++ programming. Although it is not a free IDE, it is worth every penny spent on it. It comes with an embedded terminal window to make programming fun for programmers.

CLion has some impressive features that are designed to offer programmers an ideal platform that will assist them to be at their best while handling programming projects. You can look out for the features when using CLion IDE:

CLion is said to be one of the best C++ IDE for Mac as well. To its credit, this IDE’s features include:

Bluefish has some features that distinguish it from the normal editors and give it a place among the best IDE for C++. The features allow it to offer programmers some features such as scripts writing, website development, and software coding. This IDE can be used on Mac OSX, Linux, Solaris, FreeBSD, Windows, and OpenBSD. It is one of the best C++ IDE for Linux. Its other features include:

If you need the best IDE for C++, check out this IDE. The CodeLite IDE is specifically built for C++, PHP programming, C, JavaScrip (Node.js). It was designed as an open-source, free, and cross-platform IDE for programmers in these scripting and coding languages

As a powerful IDE for programmers, CodeLite’s main features are:

As a C++ programmer, this is a good list of the best IDE for C++ out of which you can choose the one which fits your requirement. Each of them has unique features that will support your efforts and give you a memorable programming experience and outstanding result.

What is OpenAL? – Useful or a Virus?

The Pros of Using the Right Legal Document Management Software